This page is in its early stages of development. Please be patient!

"Isangoma" is frequently quite wrongly translated as witchdoctor, because she or he (there are also a few male izangoma) is neither a witch, nor a doctor. Witchcraft is the trade of the umthakathi and treatment of sickness is the task of the iNyanga. If you want to understand the role of the isangoma, I must tell you the conception of sickness in the traditional Zulu society: According to their conception there are only three possible reasons for any evil, mishap or bad event (including sickness, loss of employment, accidents, failure at school, lightening strikes, bad harvest, and many more):

Summary: The isangoma is believed to have a purely diagnostic function to find out the reason for ones sickness or other trouble! 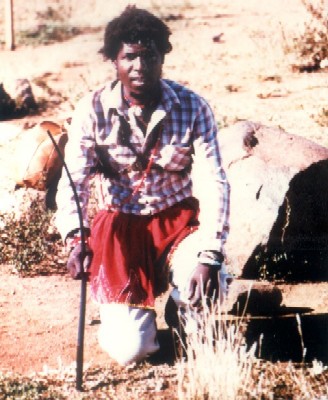 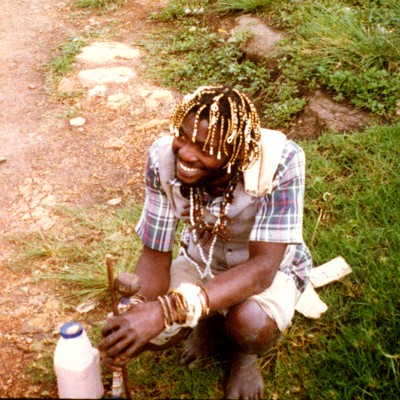 iziNyanga are herbalists, and many of them have a truely good knowledge of many natural substances, which have a real remedial effect.
Such medicines come from many different sources, one of these is the bark of certain trees.
The Zulu word "umuthi" has a triple meaning: Tree, bark and medicine.
It is frequently wrongly abbreviated as "Muti" by non-Zulu-speakers. 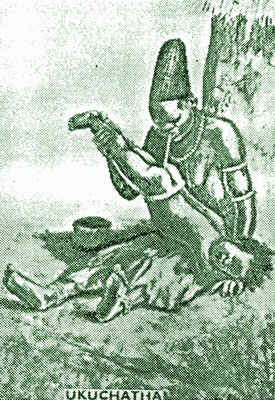 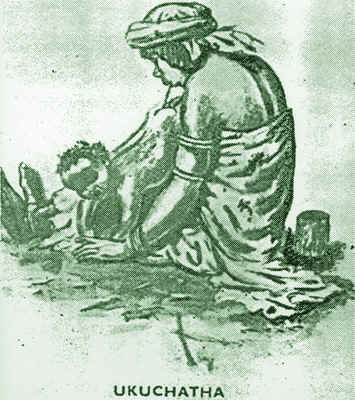 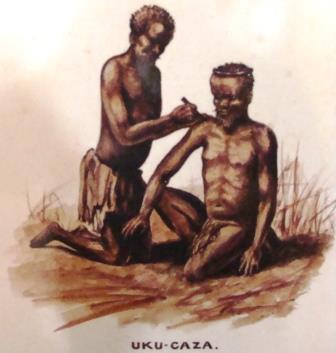 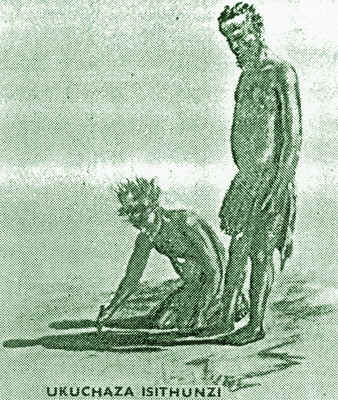 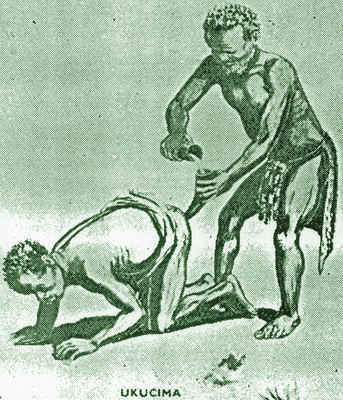 ukulumeka
draw blood (as with horn) 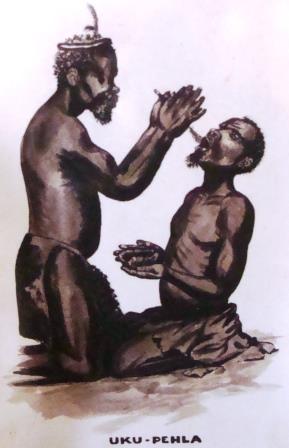 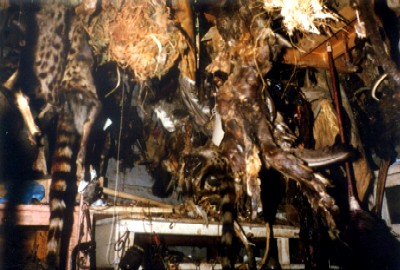 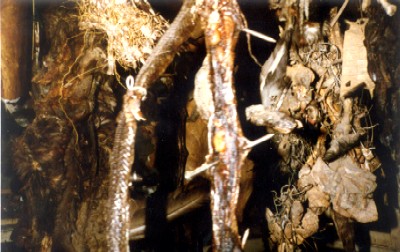 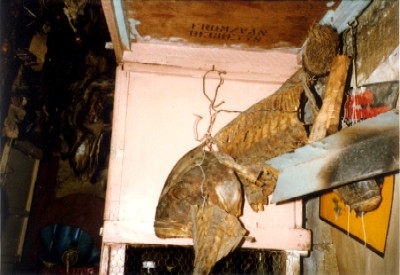 [At the "chemist's" shop in Mahlabatini, Zululand] 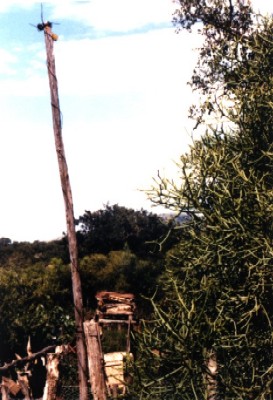 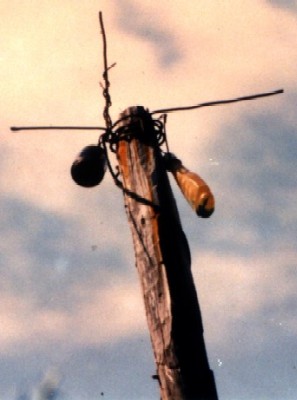 A picture of a iMithi "factory" 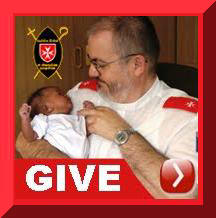